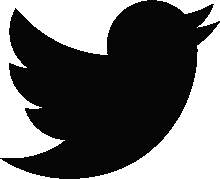 Talk at the SmartArt conference in Riga


Florie Salnot was invited to talk about Plastic Gold during the Smart Art conference in Riga.
Within the framework of the 50th Anniversary of Textile department of the Art Academy of Latvia a project TEXTILE LV is carried out in autumn 2011. Within the project a two day long international conference Textile – smart art with small creative workshops are going to be held on October 20-21 in Riga. The conference will be organized in four sessions: Textile education; Textile art; Textile design and technologies;Textile in ethnography and crafts. 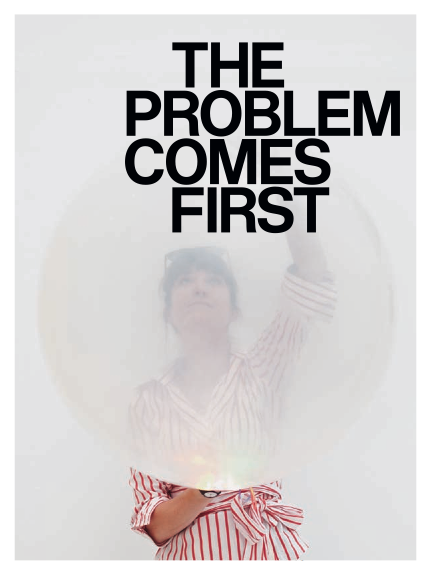 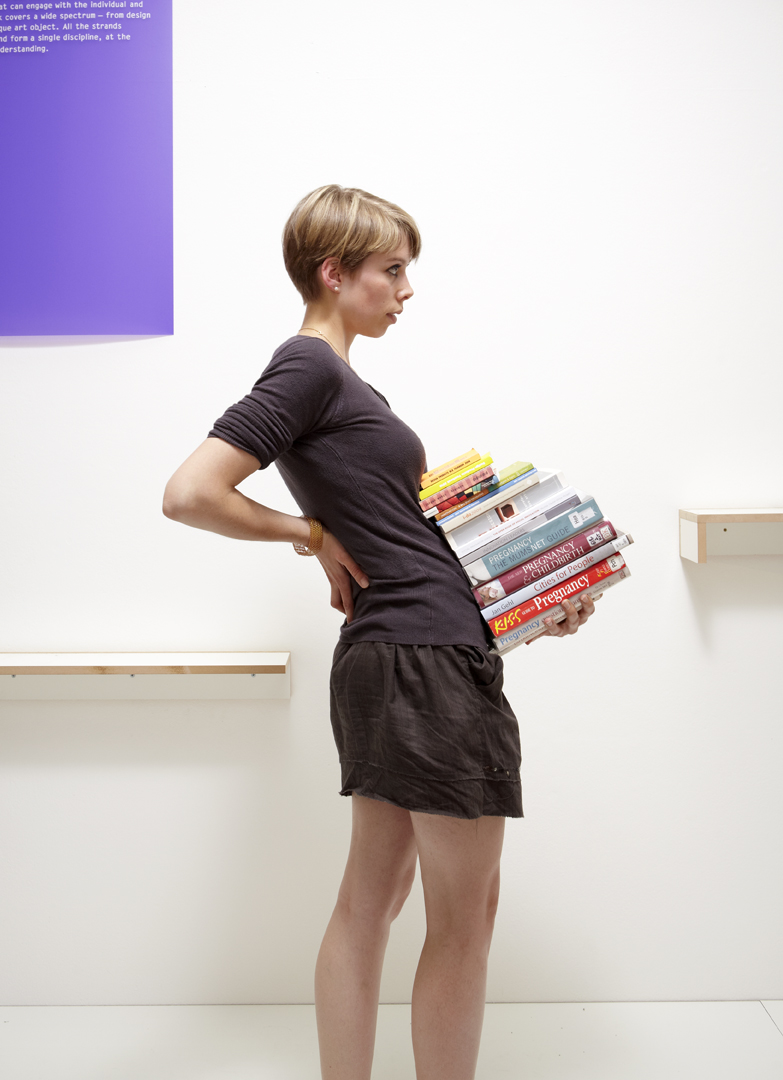 The Problem Comes First, exhibition with the Helen Hamlyn Centre for Design

In name and form, it makes deliberate reference to a landmark exhibition brought to the V&A Boilerhouse Project in London 25 years ago by the Danish Design Council to promote Danish design.
Jens Bernsen, then director of the Danish Design Council, created an exhibition called Design: The Problem Comes First. The premise of this popular show was very simple: to create meaningful design, first you must define the problem you are trying to solve. For example, the Velux window was designed as a solution to admitting light and air through the roof to make loft rooms habitable. Bernsen memorably wrote: 'Good design is not only solving problems but also stating them.'
The exhibition will be curated by Jeremy Myerson, Helen Hamlyn Professor of Design and Rama Gheerawo at the RCA, and designed by Chiaro Bello and Emilia Serra.
The exhibition will feature a range of current design projects being undertaken by the research team in the Helen Hamlyn Centre for Design. Each project will showcase a statement of the problem being addressed - and how that act of problem definition has directed the designer towards a solution. 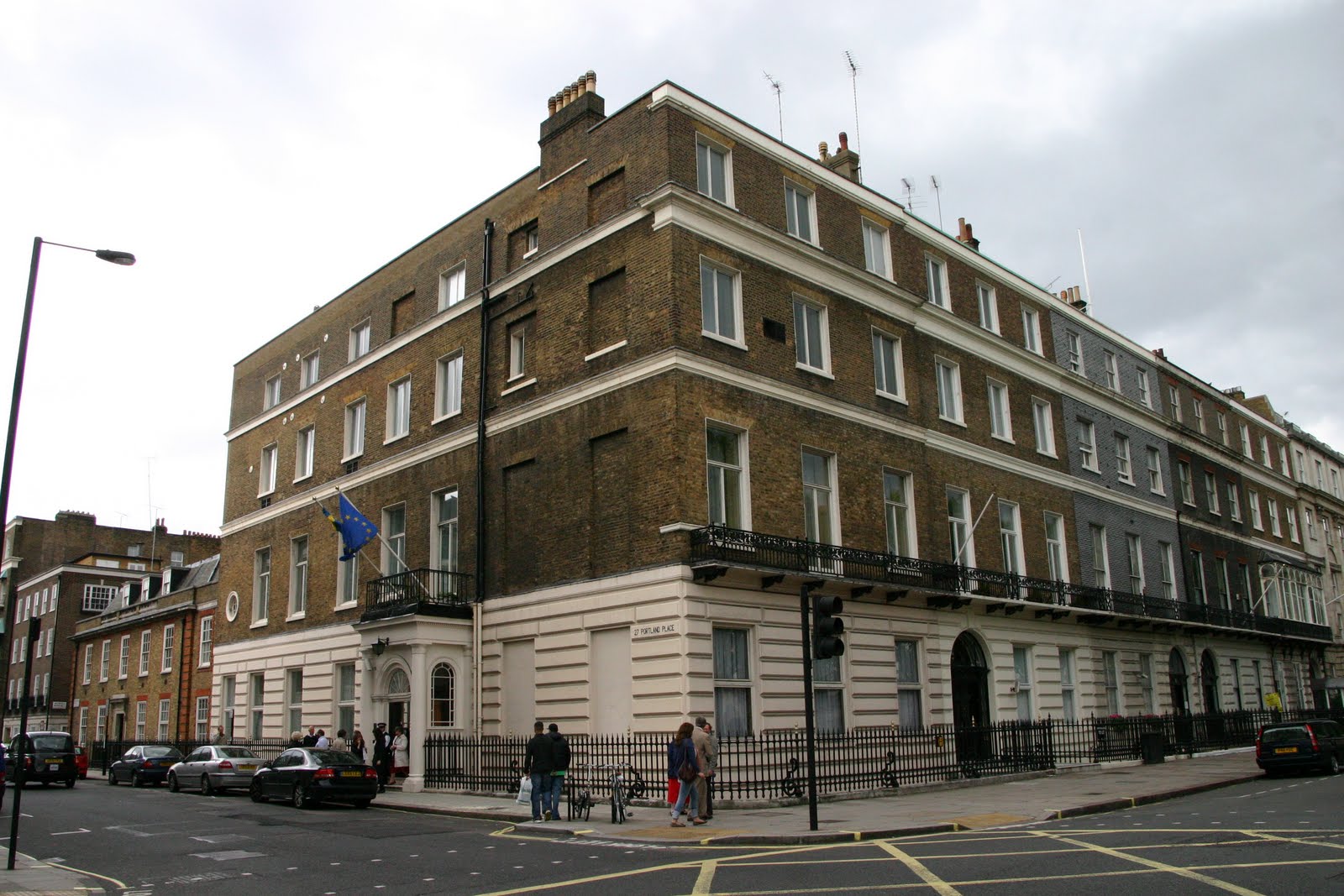 
What are the new tendencies in the role of a designer? Are we seeing a shift within the role of being a designer? Today many would argue that the role of being a designer is changing; that designing for mass production is of less interest and need. Instead we see more in terms of social engagement and new ways of consumption and production. Parallell to this is new technology leverage the barrier between the designer and the creation of a more open, sharing design process. In what way does this affect the role of the designer in the future. Is stardom becoming freedom instead?

FlorieSalnot will participate in a discussion on the new roles of the designer. It is organised by Konstfack University College of Arts, Crafts and Design, Stockholm with representing teachers and students from Konstfack and Royal College of Art, London (IvarBjörkman, Daniel Charny, John Astbury, FlorieSalnot, FarvashRazavi and James Tooze). 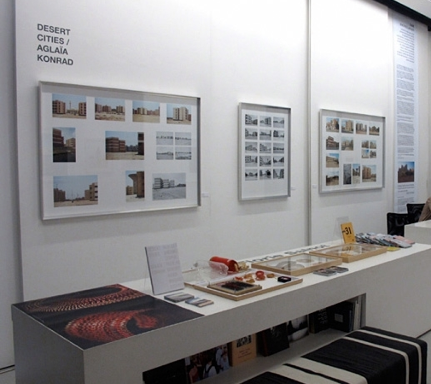 Sahara Surreal trails the bandwidth of 21st century life in the Great Desert, unhinging stereotypes along the way. Andrew McConnell portrays the underexposed Saharawis, who turn plastic into gold with designer Florie Salnot. Photographer Philippe Dudouit is one of the few to visit the Tuareg rebels of Mali and Niger dwelling in zones off-limit to tourists due to unsettling political changes. Architect Magnus Larsson proposes a 6000km-long barrier of organically-shaped habitable structures by injecting Saharan soil with bacteria that petrify the sand. Aglaïa Konrad focusses on the programmed concrete-ization of the desert in Egypts’s struggling satellite cities. In his desert manufacturing experiments, Markus Kayser focusses the raw energy of the Saharan sun in laserbeams that cut wood and make glass from sand.

Talk for ‘Carat! On stage’ at the Tendence Fair, Frankfurt, Germany


Florie Salnot talks about the Plastic Gold project at the Tendence Fair in Frankfurt.

‘How they never met themselves’, projected on Ron Arad’s curtain at the Roundhouse


The short movie ‘How they never met themselves’ (by Florie Salnot and Billur Turan), will be shown everyday in August at the Roundhouse as part of Ron Arad’s Curtain project, a round screen of 20m diameter by 7m high.

‘How they never met themselves’
Two dancers pulling away from but simultaneously towards each other but never actually touching.
This image which can be created thanks to the unique qualities of the round curtain was our starting point.
Since motion and emotion are closely correlated, this kind of oscillating movement would indicate a complex relationship, which involves attraction and repulsion. This could exit between twins or even between two versions of ourselves. 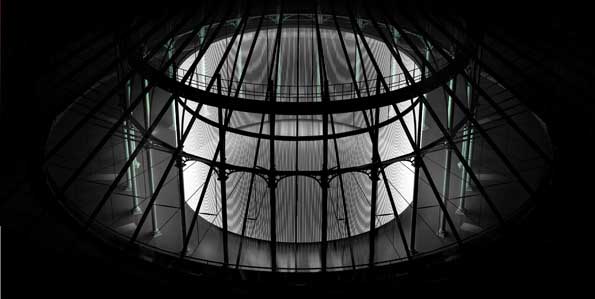 
Florie Salnot will talk about the Plastic Gold project during the encounter on Western Sahara organized by Sandblast at Rich mix (35-47 Bethnal Green Road, City of London E1 6LA). Encounter on Western Sahara is planned to be an inspiring and ground-breaking gathering for artists and organizations/institutions that believe that the arts have a unique role to play in giving voice to the cry for human rights and freedom. 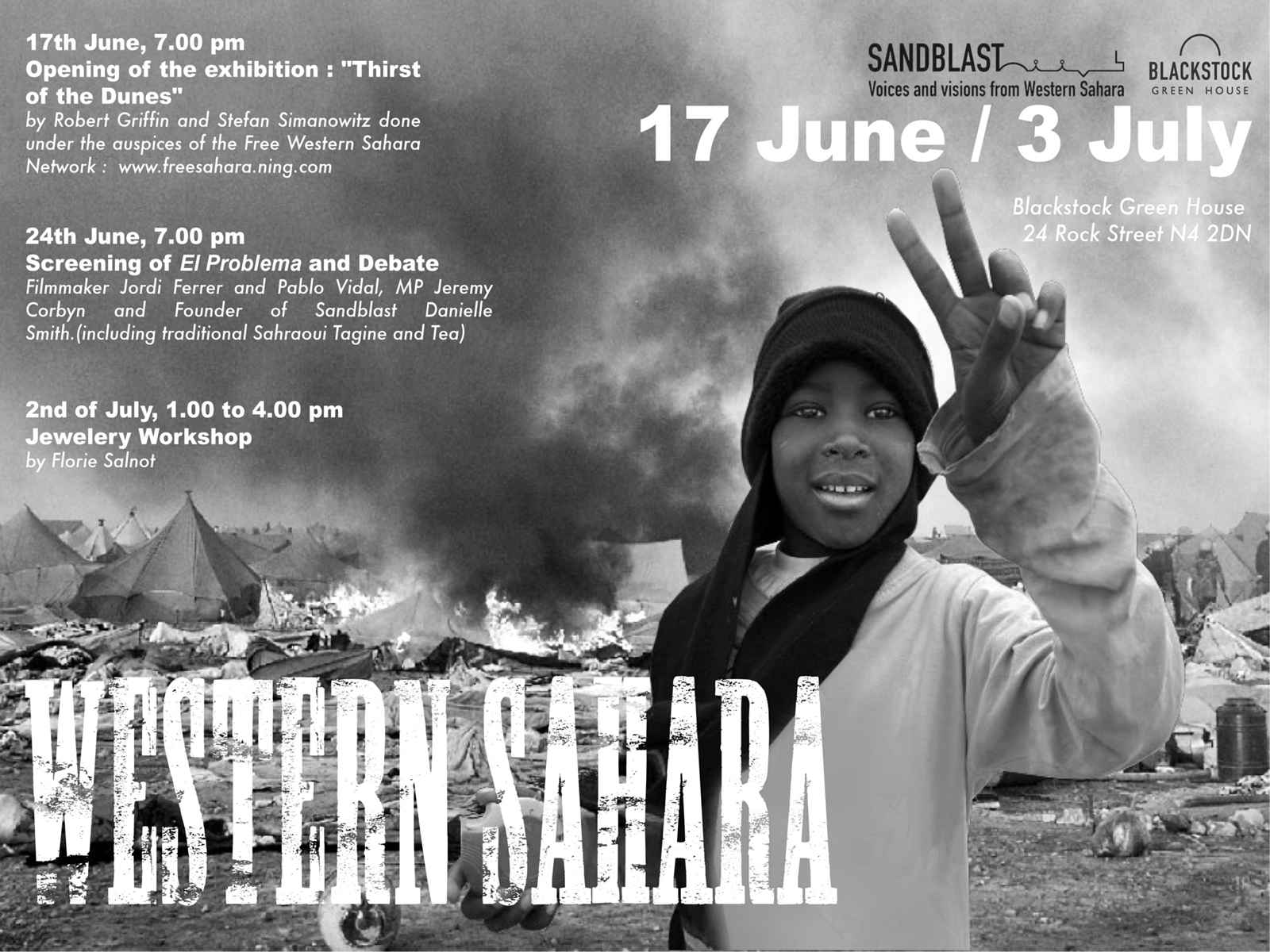 
Florie Salnot will be leading a plastic bottle jewellery workshop at the Blastock greenhouse, as part of a two-week program on Western Sahara.
Blackstock Greenhouse, 24 Rock Street, N42DN 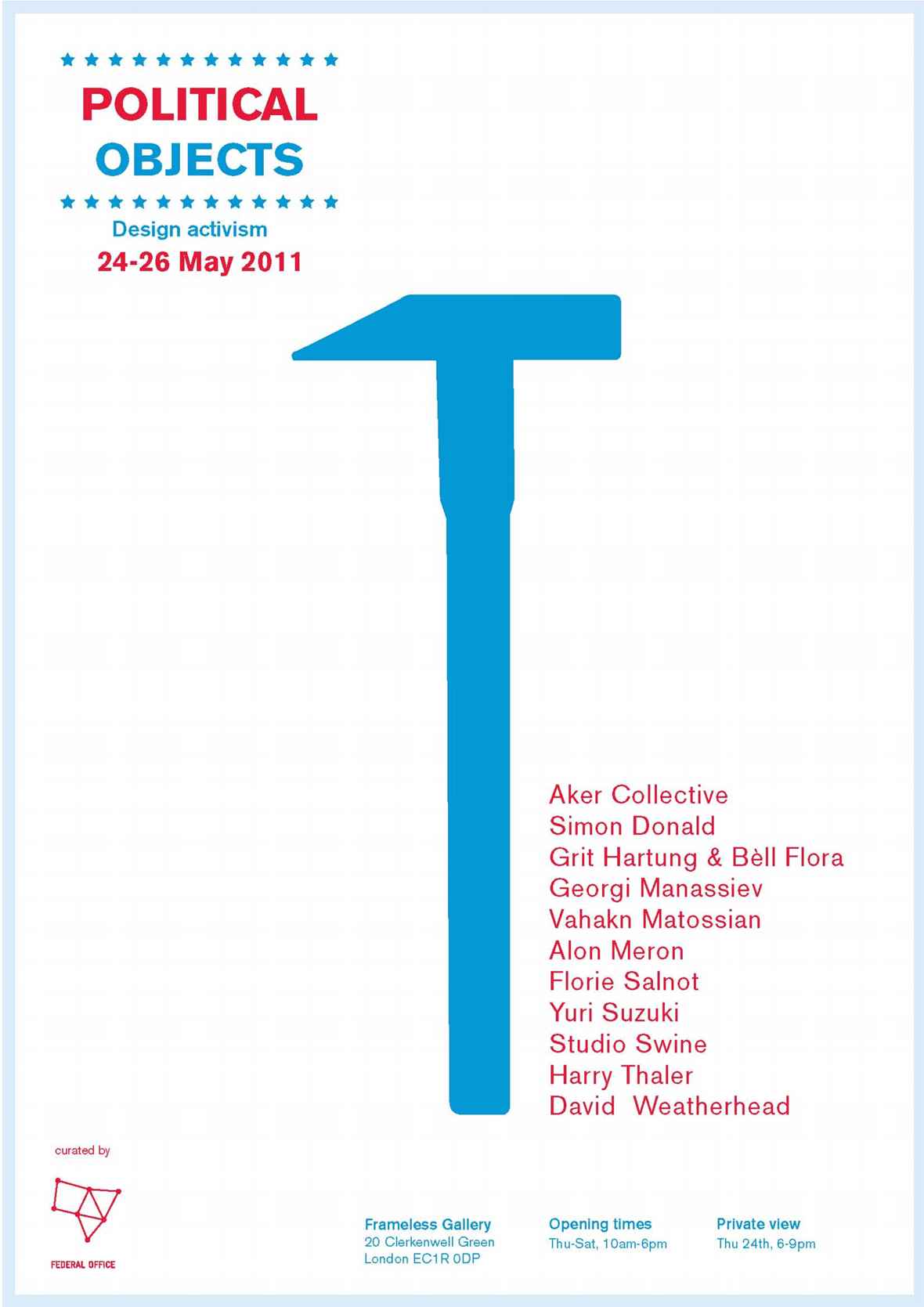 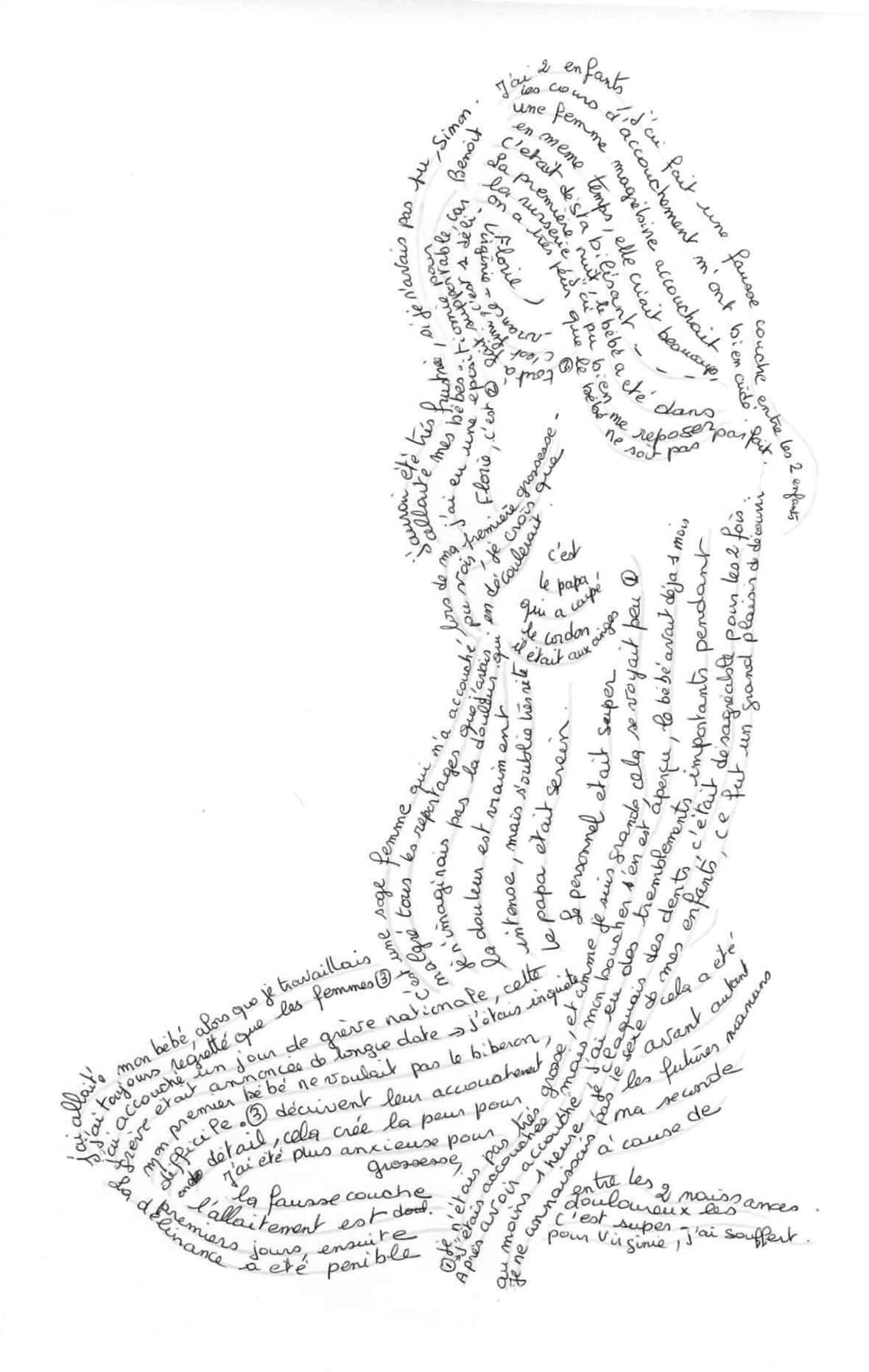 Work in Progress Seminar, Include Conference

As a Research Associate at the Helen Hamlyn Centre For Design, Florie Salnot will present the design research she carries out with Clearblue during the Work in Progress Seminar, part of the Include conference, 18th to 20th April.

Florie Salnot, Healthy pregnancy: redesigning the experience. During pregnancy, women experience huge disruptions to their lives that are not only physical and medical, but also social and emotional. Their feelings can be ambivalent: exciting and tiring, enjoyable and restricting, hopeful and fearful. Although pregnancy is a complex condition, the care that pregnant women currently receive is focused in a singular way on their physical health and that of the foetus. It takes little account of the experience of the individual. This project seeks to redefine healthy pregnancy in terms of understanding personal needs and aspirations, and proposes designs to support this shift in focus from the medical to the social model.


You can see in this video the Plastic Gold project kindly presented by the designer Julia Lohmann who was asked by Abitare magazine to choose and present a few project from the Salone. 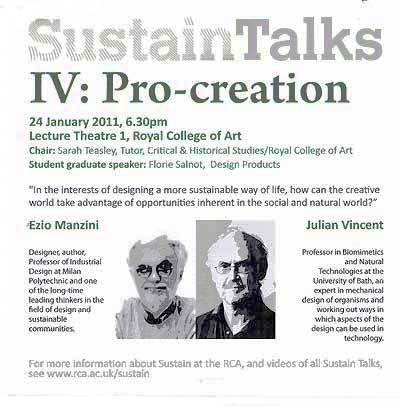 
Florie Salnot will do the opening presentation of the fourth Sustain Talk at the Royal College of Arts with the Plastic Gold project.

Pro-creation: How can the the creative world engage with opportunities inherent in the social and natural world, to design a more sustainable way of life?

Ezio Manzini, designer, author, Professor of Industrial Design at Milan Polytechnic and one of the long-time leading thinkers in the field of design and sustainability, and Julian Vincent, Professor in Biomimetics and Natural Technologies at the University of Bath, explore the opportunities inherent in the social and natural world all around us, and ask how the the creative world can engage with them to design a more sustainable way of life. 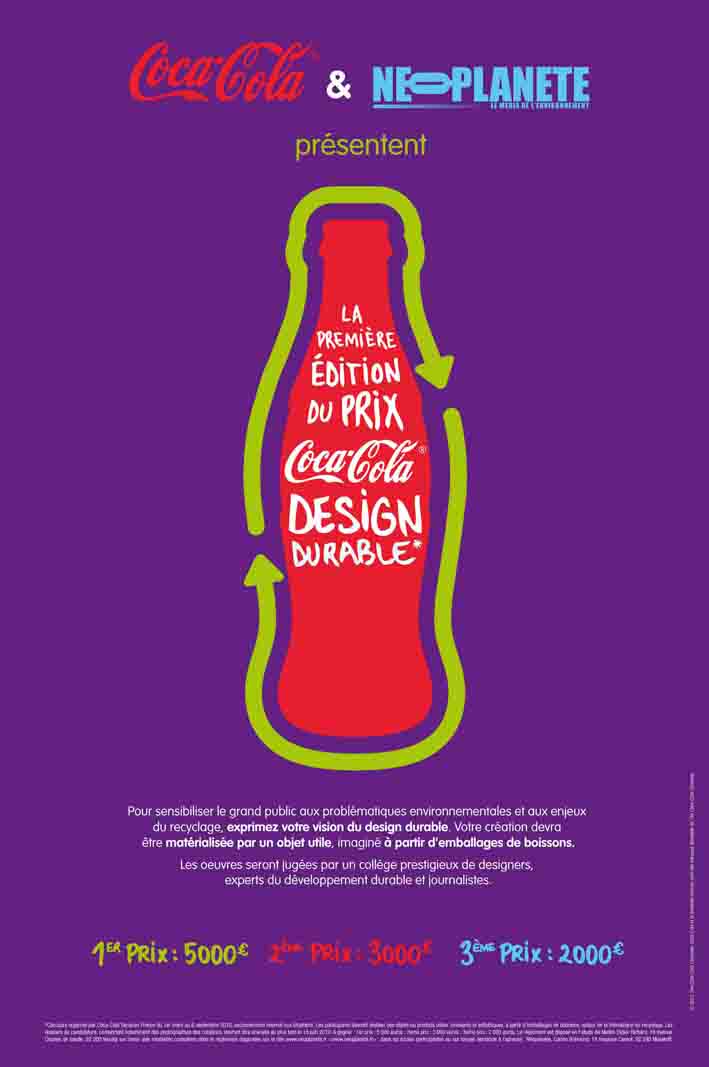